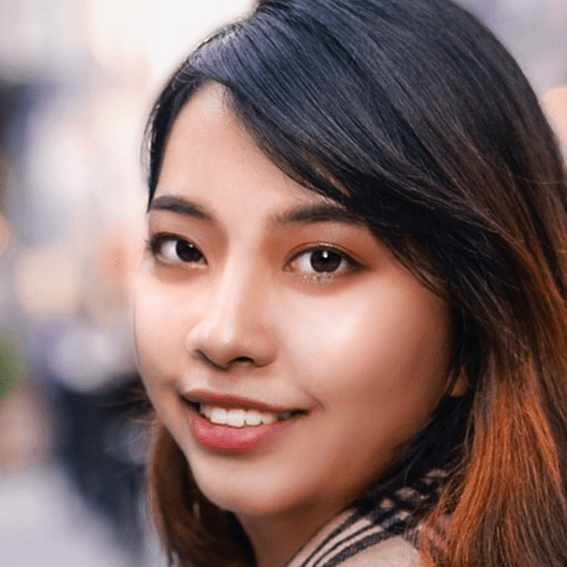 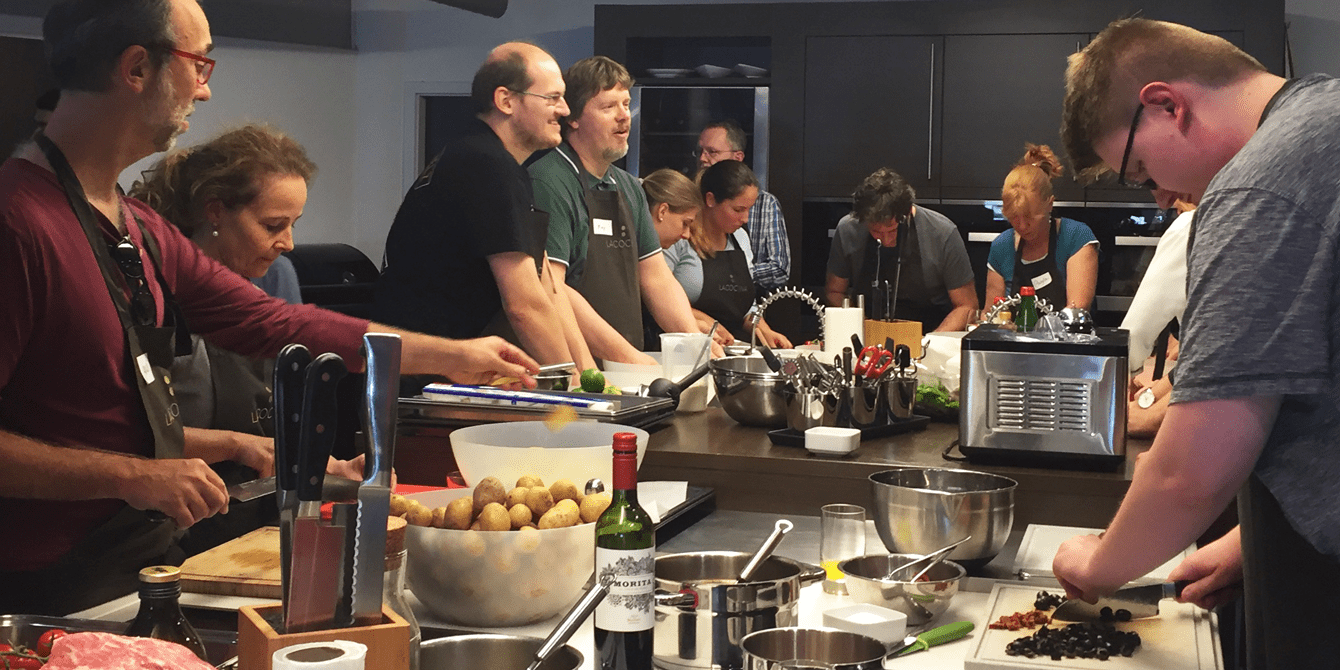 Trust, communication, and motivation are basic requirements for successful cooperation. Aside from the daily business, karting, ziplining, bowling, curling, and archery provide the opportunity to get to know each other better, to start conversations, and to simply broaden one’s own horizons. We decided to try something new, this time we attended a modern Kitchen Stadium in the St. Pauli quarter in Hamburg.

The unveiling of the secret

Although the event location was previously known, answers to questions like “What are we cooking?” and also “Who is cooking what?” remained a well-kept secret of the organizers, which build the anticipation up to the time the event took place. When entering the Kitchen Stadium, many curious glances immediately wandered towards the kitchen counter, hoping to get some hints about the menu.

From shiny red tomatoes, golden yellow potatoes, juicy lemons and limes, fresh ginger, and rich and tender cuts of meat to shrimp: many ingredients were already available on the kitchen counter of the well-equipped professional kitchen. However, it was not clear at first glance, which dishes would be prepared during the evening. During a short welcome and introduction, we enjoyed a drink in a relaxing atmosphere hosted by our professional chefs. Afterward, they presented the menu of the evening, which took us to the Mediterranean kitchen.

Full of excitement for the delicious menu, we divided ourselves among the different cooking stations. As such, we had inadvertently created separate teams for the appetizer, main course, and dessert. Everyone had the chance to contribute to the menu at their own pace. We were also able to switch from one station to another, allowing us to share conversations and experiences across the various stations.

Ultimately, our mission was to cut several kilos of crisp vegetables and to cut out the sinews of the meat. The two professional chefs guided us through the evening, explaining to us in detail their professional methods, answering questions, and giving us interesting tips and tricks on all aspects of cooking. The meat was seared while the ventilation system did some hard work. Also, the preparations for the homemade dessert quickly ran at full speed, whereupon a delicious smell spread through the event kitchen. Our hosts also included some plant-based substitutions for the vegetarians among us. Our appetites continued to grow as the cooking progressed. Once the meal-prep was completed, the dishes were plated by the fitting team. Overall, for every taste, there was a personal highlight.

Conclusion of the event

Once we moved away from the pots and pans, we had many great conversations during dinner and into the late evening. Our cooking event was a great mix of culinary arts along with the ability to try out a number of new things: cooking with professional chefs and inspired conversation along with a lot of fun and a true sense of solidarity among the team.

Workdays with Covid-19 – Caught between a pandemic and normalcy

Dealing with COVID-19 wasn't easy for anyone. We took several measures to ensure the safety of our employees.
read more

Onboarding process during the COVID-19 crisis

A new employee has joined vjoon. This is her onboarding story.
read more