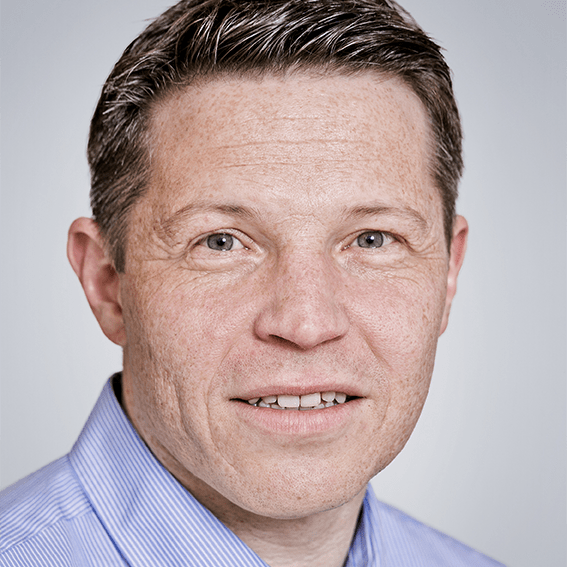 Carsten spoke with Andreas Schrader, CEO of vjoon, about the changes in the company.

C: Andreas, a lot has changed at vjoon in the last 12 months. New strategy in America, a new major product alongside K4, a new brand identity – what are the reasons for all these changes?

A: The market is constantly on the move and our customers want further development, new ideas, and new approaches to solutions. With all these shifts and needs, we too have been changing and evolving. vjoon has been around 30 years now, with InDesign and K4 our focus the last 20 years. This past year, we’ve worked so much on new development and plans that it’s going to seriously alter our business strategy and outward appearance.

C: Would you say the first visible shift last year was the founding of vjoon Inc.?

A: You can say that. Apart from the German-speaking region, America is our most important market, so it was only logical to have a stronger presence there ourselves. We’ve always prided ourselves on our strong partner network, so we never provided a direct sales channel. We didn’t want to change this, so we founded vjoon Inc., which represents vjoon in the Americas, but otherwise acts as a normal integration partner, offering consulting, sales, and services for vjoon products in North America. Due to the surprising loss of MEI, we were able to recruit experienced employees and win important customers within a very short time. In retrospect, our strategy has worked out perfectly, as our market position and customer relationships in America are now much better than before.

A: Although we’ve been holding our vjoonity events for years, we still feel it’s critical to offer our customers a direct connection to our partners and vjoon staff. We hosted events last November in New York and Hamburg, and while we and our partners undertake visits to customers, it’s difficult to compare this to the community feeling that we offer via vjoonity. We do understand, however, that it’s difficult for all customers to attend conferences like this due to time and budget, so we’ve tried to react to this by breaking the annual rhythm of vjoonity, streamlining the program offering, and making the event a bit more special. Even with these changes, we understand bridging these distances is often difficult, so we plan to offer more online events in the future. This way, we’ll give both vjoon and vjoonity a more modern feel, without sacrificing the base concept to share, discuss, and exchange ideas. We’re still pleased to see how many decision-makers we’re able to attract to our onsite vjoonity events, which tells us we’re doing something right here – people still recognize the value of these events and consider the in-person participation important.

C: Introducing something new was again a central point of the last vjoonity …

A: A major highlight of every vjoonity has always been the presentation of the latest version of K4. With version 10, we have once again focused on the market-dominating topic of content first. Our Content Editor, which has been enhanced with commenting and track changes, makes it even easier for teams to focus exclusively on content creation without having to first commit to a channel. If the content is ultimately to be published on the Web, the new automated connection for WordPress takes care of this at the push of a button. This feature has actually attracted a lot of attention. While other tools say they offer a “real” preview of the article, K4 and our Content Editor are actually doing it. We use WordPress to render the preview, so it’s an exact representation of what you get when you publish. On top of this, we’ve gone all-in with WordPress, and now offer a commercial solution that vjoon will maintain under each release of K4 – with no custom-coding. Our WordPress module will be fully supported in K4, eliminating costly software projects.

C: And then came vjoon seven …

A: It’s no secret that we’ve been working on our own DAM platform, and to that end, we built an entirely new development team for this product line. We were very encouraged by what we presented at vjoonity, and were pleasantly surprised at the amazing reception we received from our customers. On one hand, we were able to present our simple, clear, and easy-to-use design concept in the UI, but on the other hand, even in this early version, we have been able to demonstrate a broad range of advanced functionality. In addition to the core features, such as sophisticated metadata management, intelligent search and filter options, assets can also be assigned to specific users for editing. Integrations with Adobe InDesign, InCopy, Photoshop, Illustrator, and Microsoft Office applications including Word, Excel, and PowerPoint will be offered as out-of-the-box functionality, as well as a deep integration with vjoon K4. It was the incredibly sophisticated interaction with vjoon K4 in particular that completely took visitors at vjoonity by surprise. Several customers remarked they’d never seen such a comprehensive integration between a DAM and a publishing system before, and we really feel this functionality will serve as a cornerstone of our vjoon seven – K4 offering. Here is where vjoon seven’s rigorous API-first principle comes into its own. All functions of the platform can be accessed via a REST API, allowing its functionality to be greatly expanded and adapted to individual requirements. It’s another reason why vjoon seven is also designed as not just a product, but a platform that offers many possibilities for enhancements.

C: How did the team proceed with the planning?

A: When you start out on a greenfield site like we do, you can take advantage of employing the very latest technologies. That said, you really need to think carefully about which features you should develop first, and in what depth. After all, we want to launch vjoon seven now, not 5 years from now. So the question was, what core features does a typical user need in daily business? We talked to many customers and partners about this and that is what is included in the initial feature set of vjoon seven. In the end, it was confirmed once again that only 20 percent of a system’s features are used regularly, so if you then filter out which features make up this 20 percent, you can concentrate on that first and save a lot of development time. The customer ultimately receives software that covers the majority of functions required in daily operation. In this sense, I think this explains why a lot of newer software solutions are so often prevalent against some of the more established systems out there.

C: What do you see as the future of vjoon seven?

A: The feedback from customers at vjoonity alone was overwhelming. We had several that seemed willing to go forward right away in daily production, but we still felt it was too early. Version 1 will be out soon, and we’ll do our first major test with this early-adopter group of selected customers, including a significant range of publishers, agencies, and marketing organizations in this field test. I’m already looking forward to the exchange of ideas with customers, and the insight we’ll be able to gather. The following version, slated for release later this year, will take these experiences into account, and we plan to build several features from this feedback into the next version. We especially plan to support this type of exchange with seven and K4 in the most optimal manner.

C: So, vjoon Inc., the positioning of vjoonity, the new vjoon seven – a lot going on here. In summary, I gather the new brand identity is an expression of corporate changes at vjoon as well …

A: Exactly. We wanted to reflect this change, which has resulted in a company with several locations, several new products and introductions, and by developing a new visual identity that reflects the dynamics of these changes. Without changing our core brand, we have continued to develop our strategy and portfolio, reinventing ourselves in many areas. The revised visual identity takes this into account and interprets vjoon in a modern, fresh way. It follows a straightforward design idea while being both clear and dynamic. In addition to the redesign, we’ve also presented a unique color combination representing vjoon, and offer simple, straightforward guidance in using the corporate design and branding.

C: Looking back over the past 12 months, what conclusions can you draw?

A: There’s been a lot going on, but I think the biggest developments can be seen in the big steps that vjoon has taken in the last year. We have made a lot of what we think are the right decisions to put vjoon in an excellent position for both the near future while positioning us for continued success. At this point, I would extend our most sincere appreciation to our customers for their loyalty, to our partners for their long-standing support, and last but not least, to the vjoon family, our employees, for their great commitment to our success.

C: Andreas, thank you very much for the interview.

Workdays with Covid-19 – Caught between a pandemic and normalcy

Dealing with COVID-19 wasn't easy for anyone. We took several measures to ensure the safety of our employees.
read more

Onboarding process during the COVID-19 crisis

A new employee has joined vjoon. This is her onboarding story.
read more